Bill Cowan is a highly decorated, retired U.S. Marine Corps officer and has been a commentator on terrorism and national security for Fox News Channel since 2002.

As a Marine officer, Cowan’s career included repeated selection for special and sensitive assignments. Subsequent to serving three and a half years on unique combat assignments in Vietnam, Cowan was later selected as one of the first members in the Pentagon’s most classified counter-terrorist unit. He conducted numerous clandestine and covert operations into the Middle East and Latin America both as a member of that unit and later following his retirement from the Marine Corps. Working with former CIA Director William Colby, he was responsible for the repatriation of a group of Western hostages from Kuwait after the country’s invasion by Iraq. He was also involved in responding to the holding of Western hostages in Beirut, including the secret negotiations with Iran that ultimately led to their release.

Cowan served as a legislative assistant to U.S. Senator Warren B. Rudman and as the Senator’s primary staff assistant during the Iran-Contra hearings. He was also one of the key staff authors of the legislation that created the U.S. Special Operations Command in Tampa, FL.

A well known figure in the media, Cowan has been co-host for seven years of the radio and TV shows “Danger Zone” about terrorism; has appeared multiple times on “60 Minutes”; has appeared on every major network to give analysis on matters of terrorism; has been featured in four TV documentaries aired on the Military Channel, the Discovery Channel, A&E TV, and PBS; and has written dozens of editorial and opinion pieces for various U.S. newspapers.

Cowan is also a successful entrepreneur who has founded small companies providing specialized services and support to the U.S. government in the areas of homeland security, intelligence, and military special operations.

A graduate of the U.S. Naval Academy, Cowan also holds a master’s degree in computer science from the Naval Postgraduate School and was a Distinguished Graduate of the National Intelligence University. 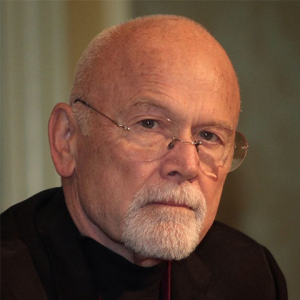