The immense breadth of Istook’s policy experience and insights comes from 25 years in local, state, and federal elected office, including 14 years as U.S. Congressman for the 5th District of Oklahoma. That breadth enables him to find connections that others overlook.Add to that 15 years in active practice of law, 6 years as a Distinguished Fellow at The Heritage Foundation, 5 years as a political reporter and countless TV and radio appearances. Plus a multitude of written articles and podcasts, stints as a talk radio host and as a fill-in for several of America’s most popular radio hosts. Istook also was selected to teach as a Visiting Fellow at Harvard’s Institute of Politics in 2010.

He won the Republican nomination for Governor of Oklahoma in 2006, leaving the Congress to make that race.

Istook maintains relationships with his former colleagues in the U.S. House of Representatives, where he served 14 years on the Appropriations Committee, which covered essentially the entire federal government and an unlimited number of issues.

He chaired subcommittees with jurisdiction over all spending for transportation (road, air, rail, and transit), for the White House and Executive Office of the President, Treasury Department, Internal Revenue Service, Customs Service, General Services Administration, Office of Management and Budget, Office of Personnel Management, the Secret Service, and the original Office of Homeland Security, plus overseeing the U.S. Postal Service.

Istook also served on the subcommittees for National Defense, Military Construction, Homeland Security, Environmental Protection Agency, Health and Human Services, Education, Labor, National Labor Relations Board, National Institutes of Health, and more. He also was an original member when the House established its Homeland Security Committee. He has led a trade mission to China, led a post-war delegation to Baghdad, inspected nuclear storage facilities in Russia, participated in military exercises, visited refugee camps in Bosnia and Albania, and met with heads of state in Israel, Mexico, Taiwan and Syria, among other national leaders across the globe.

Native to Fort Worth, Texas, Istook moved to Oklahoma shortly after he graduated from Baylor University. His law degree is from Oklahoma City University. The grandson of Hungarian immigrants, he is the first college graduate in his family tree.

His experience as a city councilman, state legislator, library system chairman, and head of a state agency keep Istook mindful of the multi-level nature and relationships of America.

Istook and his wife, Judy, have five adult children and 14 grandchildren and are active in church work. His community activities have included the Boy Scouts of America, which he served several years as a scoutmaster. For his volunteer work he received the Silver Beaver Award, the highest award bestowed by Scouting’s councils. 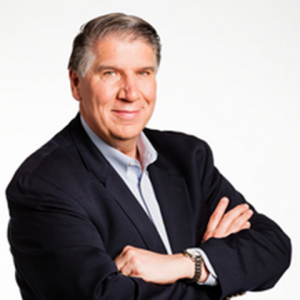